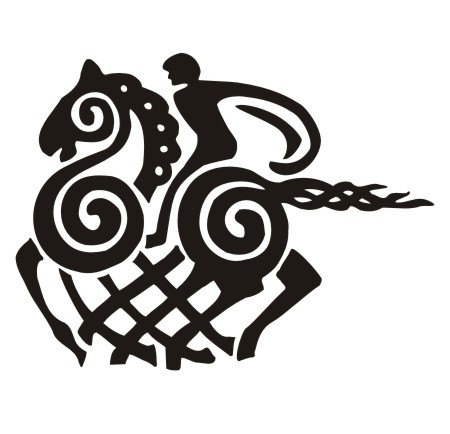 Odin was the son of Bor

and the Frost Giantess Bestia, Odin pined for the day he would ascend to his father’s place as leader of the gods. When time-traveling god of evil Loki arrived from the future and transformed Bor into snow, Odin claimed his father was dead and assume rule over his lands alongside his brothers Vili and Ve. The three brothers returned to their father’s kingdom of Asgard, which had become home of the gods. Upon the apparent death’s of his brothers at the hands of the fire-demon Surtur, Odin absorbed their life essences, increasing his own power (the “Odinpower”).

Assuming sole rule of Asgard, he sought out the primordial Earth Mother Gaea (known to the Asgardians as “Jord”), and siren to the thunder god Thor, who was brought to Asgard to be raised.
Odin later had the dwarfs Eitri and Brokk forge the enchanted Uru hammer Mjolnir, which Thor inherited. In approximately 1000 AD, Odin help found the Councils of God Heads, who interceded when the extraterrestrial Celestials threatened to cut the gods off from Earth; Odin constructed the unstoppable armored Destroyer and the Odinsword should he face the Celestials in battle upon their return. Odin engaged the “mad titan” Thanos in a battle that ended in a stalemate, after Odin mistook Thanos’ efforts to cure Thor of warrior madness as an attack upon his injured son.
Later Odin perished during a subsequent battle with Surtur, Thor assumed his father’s place and claimed the Odinpower, but it departed from Thor just as Ragnarok finally came to Asgard. Assuming a child’s form, the Odinpower helped lead Thor on a journey
to realize how Those Who Sit Above In Shadow had manipulated Asgard for ages; although Thor could not halt Ragnarok, he prevented Those Who Sit Above in Shadows from exploiting them further. Thor eventually reclaimed the Odinpower and revived all the Asgardians who had fell in Ragnarok, but Odin himself remained deceased. When Thor took an Odinsleep, he went upon a spiritual journey to a land of the dead where he found that Odin was locked in eternal combat with Surtur. Although Thor had the power to release his father, Odin preferred to remain where he was, ensuring that Surtur would never threaten his people.

Odens Story
Odin was the son of Bor and the Frost Giantess Bestia, , Odin pined for the day he would ascend ...
Läs mer